This is the story of a small-town guy who is making it big in the Real Estate Industry.

Meet Rajveer Yadav, who hails from a small town, Siliguri, in West Bengal.

But that didn’t stop him from creating a brand which is now valued at a little over a hundred crores.

In a conversation with him, he explained, how he came across unreliable developers and brokers when he was looking at investment properties himself, a couple of years ago. Where everyone saw a problem, he saw an opportunity.

Rising income inequality, combined with high housing costs, and a shortage of affordable rental housing across the nation, has been creating a significant financial burden for growing numbers of working families, especially those of low and middle-income groups, he explained. This has been the reason for expanding their supply of affordable housing.

They have been registering a 30% increase in sales year on year. This has made him one of the most trusted developers in the city.

He also shared his aggressive expansion plans first within the state and then across the country.

He was just 6 when his father died of Cancer. This put a financial strain on the family which pushed him to think of a way to make the ends meet. He says he has done all kinds of odd jobs to make a few bucks, that a 6-year-old could think of. Being the only son put him under a lot of pressure after his father’s death, as things are even today in small towns.

He has had an exciting journey of success and failure.

15 years down the line, he is now the managing director of Yadav Investments, a company he founded in 2020, after selling a few successful startups.

He claims his grass root understanding of how things work gives him an edge over his competitors.

The most important asset to his company is the group of 24 people, who work day in and out to visualise the common dream, he added.

Talking about his journey, this 22-Year-Old, Self Made Millionaire shares, he has faced multiple failures just like others and there is no shortcut to success.

It important to be persistent and show up every day, no matter what.

“You won’t see growth every day, but you still need to go out and give whatever you have, and someday all of it will make sense.“

The guy is also a farmer and can easily be spotted wandering and helping other farmers on any of his farms, his secretary added.

He supports organic farming and has convinced numerous farmers to get back to organic farming, for sustainable development and an increment in their revenue.

Farming is more like a hobby to him, he says it’s in his blood as his father was a farmer, so was his father and so on, as far as their family can recollect.

He is an avid reader, which explains his hobby of collecting and gifting books.

Until now the startup is bootstrapped with some funding from angel investors, and some from our valued customers.

But things are about to change now, the company’s CFO added. Equity dilution is our preference rather than an increment in debt. Our strength is the strong brand name and Mr Yadav’s credibility.

The brand is gaining exponential popularity under his leadership, and his will to succeed against all odds.

You can read more about his company here: www.yadavinvestments.in

To know more about his personal life and journey visit www.rajveeryadav.in 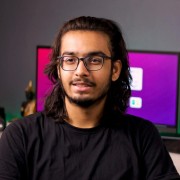 Hey There! I'm Anujeet Shivam - the founder of Startup Sutra, a business and marketing blogger, a Website Designer/Developer and a WordPress Expert. I love creating good and informative contents which help people in achieving their dreams. Along with that, I'm also a Website Developer who is having over 3+ years of experience and created more than 100 websites until now. Thank You :-)